Living behind a Screen

It is a known reality in our everyday experience that we find it easier to connect with some people and not so easy or not easy at all with others. It is also true that the ease of our interactions may also be affected by particular experiences in our lives, such as grief, national events such as elections and disasters and international events such as football games and terrorist attacks. As a result, it is safe to say that our experiences are the result of who we are, how we interact with our environment and how we get affected by it in return.

For some of us however, this kind of mutual connection with our world is not possible and ‘communication’ is done in rigid ways behind a ‘screen’ created for protection after years of suffering in first relationships with caregivers. In such cases the individual is thus unable to connect effectively with others as he/she is absent at the boundary for contact rendering relationships very difficult, at times impossible.

Likewise our absence from contacting others follows a spectrum that ranges from individuals of quite healthy mental constitution but who cannot be present as their minds are totally occupied with other thoughts as happens in severe anxiety states to a state of total loss of self structure and awareness as experienced in psychotic states where the individual loses completely touch with reality as happens with severe depression, mania and schizophrenic hallucinations. In between the extremes of this spectrum lie the personality or character disorders where individuals can seemingly function very well in society but where a closer look brings up a complete lack of functioning at a relational level.

The lack of empathy and care of the other which is characteristic of most personality/character disorders naturally creates a high degree of suffering on the person/s in relationship with such individuals and th
e degree of such suffering is in fact a very clear indicator of the level of disturbance in the individual. On the other hand for individuals affected by psychosis, the suffering is felt on both sides of the ‘screen’ even though the afflicted individual is totally unaware of the anguish of the other.

Attempting to support individuals in therapy to connect through a screen can be a very challenging endevour especially when one or both of the parties involved find it hard to acknowledge their responsibility and contribution to its setting up. It is important to appreciate that the ‘screen’ would have served as a form of protection to the affected individual throughout his/her life, protecting him/her from toxic relationships at a time where he/she could have no other form of protection as is the situation in childhood. It is thus imperative that no attempt is made to remove it before the individual feels grounded and safe enough to function without it. 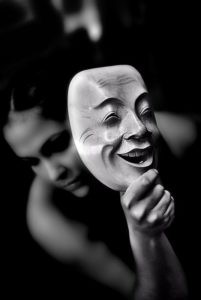 Sadly for some, this can never happen especially when the toxicity in the first relationships was extreme. In this case therapy can be more of support to the other person in the relationship, either to sustain him/her to cope with the suffering or to increase his/her awareness to other options. Change in therapy can only happen if the therapist respects the reality of the other for what it is not for what it should be. Reality is an experience that every individual creates for himself/herself, through his/her own choices and responsibilities. Only then we can truly be free to be ‘ourselves’.

Are We Fully Aware of the Decisions We Take?The Power to Decide
http://www.domovhracek.cz/new-latina/2-blonde-girls-slow-licking-hot-slow-girl-on-girl-licking-rubbing-fingering-gifs/