The Field Around Us – A Particular Therapeutic Experience 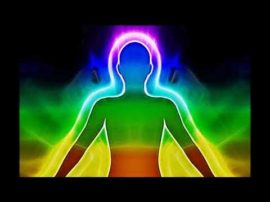 There is something particular about therapy which goes beyond the talking or sharing exercise where a practitioner supports a client through a difficult issue. At times a particular experience stands out and comes to a head pressing for understanding and resolution, very often, in more than one client at the same time and uncannily it would be an issue I would be struggling with in my own personal sphere. In psychotherapy this is attributed to the field around us.

As individuals we are continuously affecting and being affected by each other and it is this dynamic which ultimately forms the fibre of our society. Sociologist and Gestalt therapist Kurt Lewin put this concept forward in his Field Theory in 1937 where he described how each individual is mutually affected by his lifespace which includes his/her immediate (psychological) environment and the bigger world and beyond, that is the transpersonal or the spiritual. Lewin asserts that it is this mutual influence between the two that subsequently decides the human behaviour. 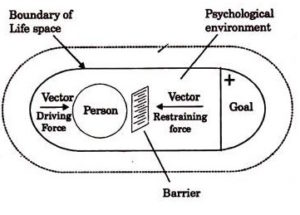 Such influences, forces or vectors are not always conscious. At times we are driven by unconscious forces which bring up behaviours or experiences we struggle to understand and process and these unfinished processes or businesses are the main reason for which we seek therapy in an attempt to ‘finish’ and comprehend them. These experiences can range from an unexplained discomfort when a person in our vicinity speaks in a particular way to an incomprehensible turmoil on interacting with a friend or a person in authority and are the result of experiences in our past, usually in our childhood, to which we were exposed for a particular period of time and for which we would not have found resolution mainly due to the lack of cognitive prowess at that time.

One of the most common arenas in which unfinished businesses express themselves in our lives is in our relational or attachment patterns. Here, without knowing, we tend to behave with the other in a fixed way, in a default dynamic we would have adopted from our first relationships with our caregivers. For example, if we experience abus

e in our primal relationships, we tend to recreate suchdynamics in our adult

relationships even if we try our utmost to avoid them.

In the therapeutic field such unfinished processes emerge in the ‘in between’ created by the client and the therapist and it is here that the latter observes and assesses the relational pattern of the client and creates a safe space for them to be worked on. In fact therapy can never be effective if the therapist focuses only on what is being said and overlooks such field phenomena; this can easily happen if the therapist fails to appreciate that the field is part of the individual not a phenomenon outside or around him/her.

In my opinion, the most beautiful aspect of therapy, lies in the awareness it creates of the unconscious aspects of our self, giving us a fuller existential experience in our world and a greater understanding of who we really are. After all the most precious gift we can ever have is ourselves.

When Manipulation Erases Your RealityOn Being A Civil Person