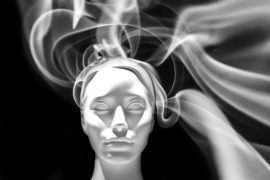 Therapy is an process whereby the client and therapist work at building a therapeutic relationship with the threefold aim of creating a new experience in relationships different to the possible dysfunctional ones the client would have been used to, providing support to painful issues and situations at hand and last but not least for the therapist to assess the client’s way of functioning and how this might be affecting his existence. Despite therapy being a positive experience for many, especially when a positive alliance is built between the two parties, certain aspects of it might be challenging for both at times to the extent of creating a total disruption to the process.

One of the main aspects of the therapeutic encounter that must never be overlooked, especially by the therapist, is that a large faction of the dynamic is unconscious and thus goes much beyond what is ‘obvious’ during t 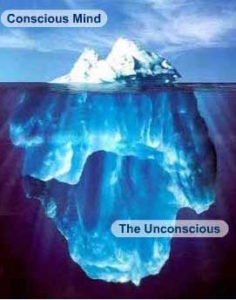 he session, mainly what is being said. Sigmund Freud opened the door to this unexplored aspect of our psyche, which according to him not only forms a much larger proportion than the corresponding conscious part – in fact he compared them to the submerged and visible parts of an iceberg respectively – but is also the part that governs all the process that occur automatically, without thought or introspection and includes repressed feelings, certain traumas, habits, desires and body reactions.

Two of the main unconscious dynamics that the therapist and client can exchange during therapy are described as the transference from the client and counter transference from the therapist. The first describes unconscious phenomena that the client unwittingly transfers to the therapist while the second explains the resultant feelings elicited in (and usually expressed by) the practitioner especially if he/she would have passed through similar experiences. For example many times the client projects on the therapist repressed feelings he/she was not able or allowed to express at a parent like feelings of need to be mothered or feelings of anger which the therapist then picks up. Depending on how the therapist chooses to process these emotions can change the therapeutic experience from one of awareness and growth to a traumatic and painful interaction that more often than not can recreate in the client an unpleasant dynamic from the past. Self-awareness through hours of regular therapy are in fact a very important part of a therapist’s training as this supports the latter not to get too enmeshed in the client’s issues.

Even if the therapist manages to process and convey the client’s transference effectively, the latter might find it very hard to take in; such a response in the client is called resistance. Resistance is the client’s way of protecting him/herself from getting in touch with or processing a traumatic or painful memory especially if associated with feelings of shame or fear and can manifest itself in sudden silence, change of subject, nervous laughter or even outbursts of anger or verbal attack in the most vulnerable. Such expressions on the client’s part, no matter how dramatic are an important part of the therapeutic process and with the right intervention and support from the therapist and willingness from the client to be open in doses that he/she can handle, can give a lot of valid awareness and information to the dynamic.

The unconscious in therapy is as important as the base of the iceberg is to this glacial monument and can prove as dangerous if overlooked. It is the therapist’s responsibility in the therapeutic process not only to work on forming a sound relationship with the client as a foundation to deeper work but to recognise such unconscious phenomena and use them to the client’s benefit not detriment. For this to happen the therapist must have a sound and up-to-date academic background, hours of personal therapy to ensure maximal self-awareness and serious commitment to regular supervision to process any challenging dynamics with a ‘third’ person. The client on the other hand must be committed to be honest in his/her interventions and discuss with the therapist any untoward feelings as necessary.

Therapy is a co-created experience which can be sublime if explored to the full and nothing can be fuller than the awareness of what we don’t know or do not comprehend about ourselves. As the founder of Gestalt therapy, Fritz Perls loved to say, “The whole is always greater than the sum of its parts.”

On Being A Civil PersonThe Legacy We Leave Behind