The World of Children and How They Bring It to Therapy

Children are unique beings in that they are so spontaneous and creative and yet so dependent and easily moulded by their environment. Margaret Mahler in her Separation-Individuation Theory describes in detail how a child grows out from total dependence on the mother/carer in the first year through progressive independence or individuation in the subsequent two years which is so critical to the formation of his/her character.

As a result, anything that affects the parent-child, especially the mother-child relationship, during these stages can result in permanent marks on the child’s personality and the way he relates. In the early years of their lives, a child’s environment is mostly made up of family and nursery/school.   Nowadays, children are becoming exposed to outside care at a much younger age considering that, in most families, both parents work and do not have the support of extended family.

A child’s dependence on the environment is to such an extent that he/she prefers giving up on his/her needs, even the most salient ones. For example, a child of neglectful parents prefers to take on adult roles, like taking care of house chores and younger siblings, losing on his/her childhood in the process, rather than lose the family structure or the favour or ‘love’ of the parents.

Children are brought to therapy for a variety of reasons, depending on their age and character disposition. Regression in behaviour to that more synonymous with a younger age, aggression to family members or peers, bed wetting, withdrawal and deterioration in school performance are some of the most common manifestations. Although the child’s behaviour is usually presented as the problem it is, more often than not, the symptom of insidious issues in the environment he/she is dependent on. As a result, family meetings are an important and indispensable aspect of therapy with very young children as are additional meetings with relevant school staff in older children and adolescents. Therapy for children is thus not a space of correction, control and reprimanding but an opportunity to explore the uniqueness of their world – more precisely the environment they live in and how they have creatively learnt to adjust to it.

One of the main ways that children express and find themselves in therapy is through play, especially young children who have not yet developed a sophisticated language repertoire. Imaginative play is an integral part of child development and young children have a natural flair for playfulness and have not restricted or inhibited themselves as yet unless the child has been traumatised in some way or the other (Oaklander, 1997:301-2).

The case presented below clearly depicts the influence of the environment on a child’s way of being and how play brought it out during therapy.

Ten year old Ema[1] was brought to therapy by her mother after the breakdown with her partner where the girl witnessed both verbal and physical abuse towards the mother. Ema is the older of two siblings from the same mother and different fathers. She lives with her mother and baby sister and attends a church school where she performs quite well and has regular friends. She is very lively and intelligent and relates well even with people she would have met recently. She was brought to therapy due to disturbed sleeping patterns, reduced attention span at school, increased sensitivity to sudden noise and crying fits for no particular reason and fear to sleep alone.

The main observation I made in the initial sessions through interaction with the girl and her mother, the girl alone and with the girl and her maternal grandfather was the lack of boundaries in the family system. This was very evident in one experiment where I asked her to give me an idea of what her family looked like using Playmobil® dolls as shown in Plate 1 below.

[1] The names have been changed to protect the privacy of the client and other people involved.

As per first picture from left to right: her sister, herself, grandfather, mother, aunt, grandmother, aunt’s partner

From this work it transpired that the girl looked to her aunt as a mother, her grandfather as a father and sometimes her ‘partner’ and her mother, and sometimes her sister, as her child. As a result, her behaviour was mostly adult-like, at times over-authoritative at others very anxious about life events that were not in her responsibility.

When there is such instability in the family system, one of the children, in this case Ema, unconsciously acts as a go-between in an attempt to keep the family together (Byng-Hall 1980). These children are not free as they move up the generation line to fill in and stabilize this ambivalence, by carrying it themselves. The child is likewise ‘parentified’ at the service of the ‘childified’ parent (Bateson 1979).

Ema creatively adjusted to this lack of order in the family system and thus in her self-organisation by being very neat and structured in the way she kept herself and her things and in the way she continuously put things in order when we worked together through play as witnessed by the pictures below (Plate 2): 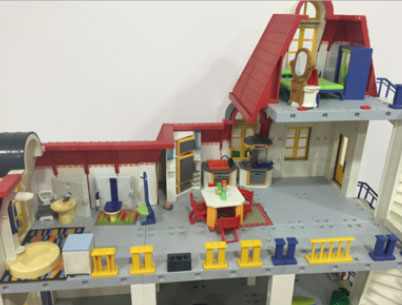 Plate 2. Structure as a creative adjustment in a chaotic environment

On the other hand, she expressed a great craving for more play especially with me, her aunt and her friends and lamented that her mother did not allow her to play enough. The interplay or struggle between the child and the ‘adult’ was very clear.

The use of various and creative techniques, especially play “are important avenues for helping children to express what is kept hidden and locked and to experience and strengthen lost parts of themselves.” (Oaklander, 1982:71). The goal of therapy is thus to give the child a secure base from which he/she can explore painful and confusing issues and develop both self and environmental support. (Harris, 1996:107).

May 8, 2017By adminChild Psychotherapy Uncategorized
Facebookshare