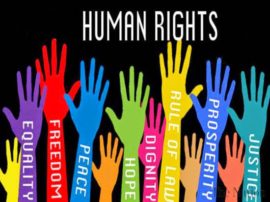 Contrary to the general perception, human rights are not an outcome of modern society. On the contrary, their inception goes way back to half a century before Christ when Cyrus the Great, the first king of Persia conquered Babylon and opted to free all the slaves giving them the opportunity to live in freedom whatever their race and religion. His first draft of human rights, known as the Cyrus Cylinder, is now recognized as the world’s first charter of human rights and its provisions parallel the United Nation’s first four Articles of the Universal Declaration of Human Rights. 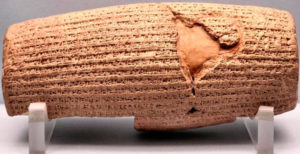 Having been ingrained in our social fibre for so long, one can safely say that human rights have become an integral part of our social identity. One has only to leaf through the front pages of a daily or browse popular groups on social media to get a clear idea of how often they are brought up, discussed and argued about. Nelson Mandela looked on the moral and ethical aspects of human rights by insisting that “To deny people their human rights is to challenge their very humanity.”

The downside of the importance society at large gives to human rights is that more often than not we look at what we can ‘take’ from them as citizens totally missing out on what we can or should ‘give’. Senator Robert Kennedy echoes his assasinated brother’s ‘what you can do for your country not what your country can do for you’ philosophy and aptly sums this up when he states “Since the days of Greece and Rome, when the word ‘citizen’ was a title of honor, we have often seen more emphasis put on the rights of citizenship than on its responsibilities.” This obsessive focus on the ‘take’ aspect of human rights and the subsequent overlooking of our collective responsibility totally blurrs our social existence and compounds the self-centred individualistic haze we have had to contend with in the last decades.

Eleanor Roosevelt believed that we can only move forward as a human race if human rights are given meaning “in small places close to home – so close and so small that they cannot be seen on any maps of the world…” Likewise, we need to start being responsible to ourselves and each other simply by doing our duty in our day-to-day existence starting from a very young age. A ‘right’ is after all about doing things well. It is only then that we can really call ourselves free.

In the Presence of SufferingGeometry in Psychology & Psychotherapy – The Drama Triangle