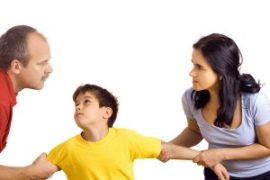 The one particular thing about children is that they are vulnerable.  Being unable to take care of themselves at such a young age, they are totally dependent on their environment for their survival and thus their wellbeing depends on its stability and healthy dynamics of relationship especially in the family setting.  Children suffer immeasurably when their family environment is unstable, or worse still in conflict, as then their security is threatened and their sense of self and of being in the world is totally fragmented.

Children can present in therapy with a myriad of family conflicts which in my experience can be classified into two main groups; these can in turn be subdivided into two sub-groups as follows:

Whatever the cause and the dynamic of the conflict I believe that the child involved is affected on two main issues namely neglect and loyalty.

Naturally, in most cases where the parents are totally immersed in their conflict, the needs of the children are severely neglected to the point where the child ultimately gives up hope of being seen and acknowledged and either withdraws totally usually in a world of fantasy where ‘everything is alright’ or becomes ‘parentified’ in the hope of putting some order to the chaos around him/her.

Conflict between the parents also puts the child in a very difficult position of ‘choosing’ between them.  Children are very loyal to their parents, even if the latter are abusive and neglectful, and tend to put their parents’ interests before theirs especially since their survival depends on the wellbeing of their caregivers and more so on the stability of the relationship between them (Satir 1972). 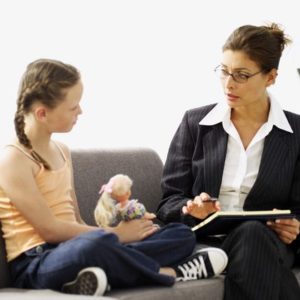 The role of therapy with such children is primarily to build a healthy therapeutic  relationship in an attempt to create a space of love, stability and trust, something which they would have lost to varying degrees in their family system.  Likewise the child can find a ‘safe place’ where he/she can express blocked or repressed feelings including fear, hurt and anger even at one or both of their parents (which due to loyalty is the hardest challenge for most children) and start finding again their sense of self and their being in their world even if this is falling apart to a lesser or greater degree.

Despite their vulnerability, children are resilient.  Our role and duty is to support both these inherent qualities in the child and also support those people, be they the parent/s or other caregivers who form an integral part of their network to give these children the family they need no matter the struggle.  Likewise we can give them hope and the freedom to be themselves and to move on even if they are imprisoned in an environment that is stuck in conflict.

The True Meaning of HealthOrphans within the Family