Orphans within the Family 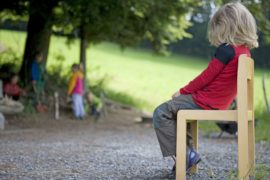 For many centuries, the family has been seen to be the backbone of society.  Satir (1998) describes it as “a microcosm of the world”, while Minuchin (2009) depicts it as the “laboratory” where its members are “imprinted with selfhood” that is, “the matrix of identity.”

Another central fibre in family dynamics, apart from identity, is loyalty (Boszormenyi-Nagy & Spark,1973).  Loyalty defines belonging to the family ethic or culture and obliges each member to adhere to and internalise its expectations and injunctions from a very young age for him/her to be accepted. Failure to live up to the demands of the system leads to correctional measures to maintain its homeostasis or status quo – these can range from feelings of existential guilt and shame to partial or complete expulsion.  These children are the orphans within the family.

The stability and wellbeing of the child thus depends on this hidden ideology that its family holds and expects. If the family system adheres to the ethic where “feelings of worth can flourish…..individual differences are appreciated, mistakes are tolerated, communication is open, and rules are flexible,” (Satir 1972:13 ) then the child can detract from a nourishing environment of the good enough parent (Winnicott, 1953), which allows and promotes its spontaneity and thus individuality.  Mahler (1972) also highlights the importance of gradual separation of the child from the caregiver and subsequently from the family system to be able to reach full individuation and likewise attain an independent sense of self.

As a result, when the family custom is one of control, rigidity and shame then the child is only seen as a function of that belief and his/her spontaneity and sense of self are sacrificed for the survival of the system. Winnicott (1960) asserts that in the absence of good enough parenting the child’s sense of self splits thus protecting his ‘real’ spontaneous self while expressing a ‘false’ self to the world around him/her to be able to survive in the family system.  Such false self is expressed either in the form of the ‘adaptive’ (‘look how good I am’) or the rebellious (‘let me show you how bad I can be’) child.  The first is the child that is plagued by guilt and controlled; the second, the child that is shunned or expelled – both are alone, unacknowledged and orphaned.

“…..individuals abused in childhood can attempt to obey the Fourth Commandment (honor thy father and thy mother) only by recourse to a massive repression and detachment of their true emotions…..they cannot build up a relaxed and trusting relationship….Instead, what usually materializes is a pathological attachment, a mixture of fear and dutiful obedience….a sham, a façade.”  (p.15).

Many of these ‘orphans’ come to therapy with the struggle between fighting for their own individual identity and the hope of finding a way to belong in their family of origin without loosing the former and thus themselves.  The role of therapy is primarily the setting up of a  nourishing therapeutic relationship which can then serve as a ground or support for them to find their path, even, at times, at the cost of painfully letting their family go.

Ultimately belonging and loyalty between human beings should hinge on love, acknowledgment and holding not possession.

May 5, 2018By Moira BorgChild Psychotherapy
Facebookshare