Hit the Road Jack, NOT the Other Commuter – Dealing with Road Rage

When roads started to be constructed, thousands of years ago, their main aim was to connect one destination and the other which eventually also supported trade and urbanisation. Likewise, there is no reference made in any historical document, at least to my humble knowledge, to roads being used for feuds, duels or settling human scores of any sort. Nowadays, however, roads are becoming a popular venue for dispute and road rage has become a well-known cliche’ in our daily existence.

Rage, in any context, is defined as “a fit of violent anger” (dictionary.com), which is usually triggered in response to a threat to one’s existence, be it physical or psychological. Such anger puts the person in a position of attack (fight response) in an attempt to protect himself from the perceived threat, even at the cost of harming the other. Such, in fact, were the dynamics of the first recorded murder, namely the story of Cain and Abel in the Old Testament.

In today’s world, where millions of vehicles inhabit the roads of our planet on a 24/7 basis, driving has become a potential threat to our existence in more ways then one especially when we choose not to adhere to the necessary codes of conduct on the motorway. Many people lose their lives or are permanently disabled to various degrees on a daily basis on the road and psychologically commuting, in all its forms, is considered as one of the main stressors of our existence.

If the interpersonal dynamic of road rage is dissected and analysed under a social lens it becomes clear that there is a very fine line between feeling anger at being thwarted by the misdemeanour of another driver or pedestrian and reacting to that same anger in a violent way of some sort. The spectrum of road rage can in fact range from a string of verbal abuse under one’s breath accompanied by a tight hotchpotch of mental plots how to destroy the very existence of the other driver and his offending vehicle to verbally insulting the other driver using explicits that usually put his/her mother’s genitals to shame to actually putting the life of the other commuter in clear and present danger.

In my opinion, dealing with road rage is a matter of consciously becoming aware of that fine line and consciously not allowing oneself to cross it. It is virtually impossible not to experience any anger when a fellow commuter unconsciously , carelessly or disrespectfully behaves incorrectly while in our vicinity on the road - it is like expecting ourselves not to scream in pain when we get knocked on the head or anywhere in our body. However, it is within the remit of our choice and responsibility how we react to that anger.

Ideally we need to take care of our mental well-being on the road before we set sail from one place to the other. It is best to plan our travelling carefully so as not to get caught being late and to postpone driving if we are involved in an argument or another stressful experience before we are about to commute. Listening to relaxing music, obviously in low volume, can also help to relax us, especially if we are stuck in a traffic jam or heading to a long difficult day at work. In the event that someone inadvertently angers us while on the road the best thing is to avoid further contact with that individual and concentrate on calming ourselves down either by:

or any mechanism that supports us to cut off from the offending event. 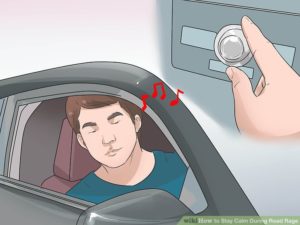 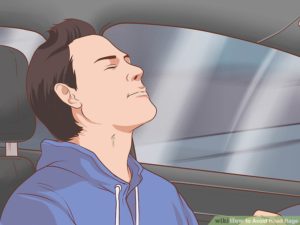 As with substance abuse of any sort, rage and driving should never be allowed to mix. Whatever the situation, we should always make it a personal priority to take care of ourselves and not leave it in the hands of others.