The Many Faces of Truth 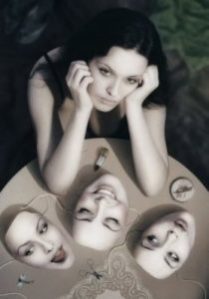 You want answers? The Truth? You can’t handle the truth – Jack Nicholson, A Few Good Men

We are expected to say the truth, and nothing else, as soon as we can assimilate two thoughts into a concept. Failure to do so has been known to create threats of burnt tongues, one way trips to hell and complete loss of favour even in the wispiest of children for the most trivial of misdemeanors. The irony of such state of affairs is that most of the time the same children are continuously exposed to a web after web of lies woven by the same self-righteous adults who cringe so dramatically at their own ‘white’ fibs.

There is no doubt that truth has always been surrounded by an aura of positive emotions and principles since time immemorial. William Shakespeare describes it as the richest legacy, Mark Twain as a way to a more serene and free sense of being, while Winston Churchill hails its “incontrovertible” absolute essence even in the face of malice and ignorance. At a spiritual level, truth is advocated as an absolute responsibility and commitment to having a relationship with God; in fact the Catholic religion most of us claim to practice, Jesus is the embodiment of this virtue. As a result, it is no wonder that people who are truthful come across as decent, liberated and trustworthy and conversely people who are not are looked upon with disdain and wariness.

In my opinion truth is a choice one consistently makes in every minute to minute life experience, a way of being and ultimately a part, or otherwise, of one’s identity. Some of us simply opt to express it whatever the repercussions and others choose not to and instead manipulate it to suit their needs at the time. Such is the default expression of many personality disorders especially the borderline, narcissistic and anti-social where most of the time the truth is experienced as a threat to one’s existence. Unfortunately this expression has moved from an individual to a social level and nowadays most people struggle to look at truth in the eye, at times to the extent of attacking anyone who chooses to live it or express it. 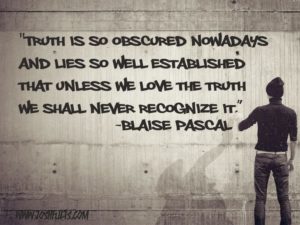 I believe that this collective fear to acknowledge the truth comes from an equally collective lack of commitment to take on our responsibilities and instead excusing ourselves into an easier way out. Likewise one truth is conveniently split into many ‘faces’ so that we can ‘put on’ the one that suits us most at the time.

This is our choice. Whatever we do we can never avoid the repercussions.