One Body for Two – the dynamics of development of anorexia nervosa 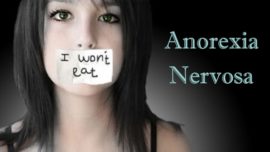 Nutrition, or the taking in and the use of food as a source of energy, is one of the seven basic functions of life. Without it our well-being and survival is severly compromised. In developed countries where starvation is a mere news item and food of all shapes and form is literally bursting out of our existential seams, people are still dying of hunger, most of them women in the prime of their life. Although inundated with food they still opt to avoid any form of intake due to a severe misperception of their body image. Such are the ravishes of anorexia nervosa.

Anorexia is the 3rd most common chronic illness among adolescents. 0.5 % – 3.7 % of females suffer from Anorexia Nervosa in their lifetime.

A young woman with anorexia is 12 times more likely to die from complications including suicide and heart problems, than other women her age without anorexia.

The latest edition (fifth) of the Diagnostic and Statistical Manual of Mental Disorders (DSM-V) defines anorexia nervosa according to the following three criteria:

Many factors (including genetic and environmental) have been implicated in the etiology of anorexia nervosa. Cer 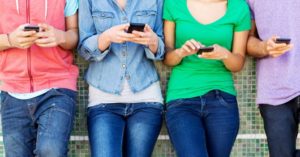 tain psychological (intra-psychic) dispositions such as anxiety disorders, mood disorders or obsessional traits in childhood were also found to pose an increased risk. The media and the incessant pressure it places on ‘the beauty of thinness’ however can be considered as the biggest culprit. Unfortunately, it has become the way of life for the majority of young people nowadays with youngsters glued to TV screens watching endless series of ‘perfect people’ with flashy lives or equally hooked on their mobile phones or tablets going through each other’s profiles on social media in a desperate hunt for ‘likes’ and ‘wows’.

A closer look at the intrapsychic or psychological phenomenona that characterise anorexia nervosa reveal a lack of formation of a clear sense of self and inacceptance of the perception of one’s identity resulting in a primitive response to life events usually between puberty and adulthood. The account of a 15 year old girl I have been following in therapy for the past 7 years will give a clearer and more complete picture of the hidden dynamics that many times lead to these phenomena.

Ema (not her real n 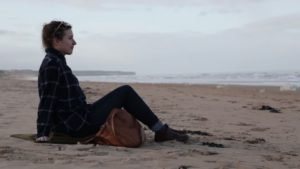 ame) was in her first year at college preparing for her Advanced Level Certifications at the start of therapy. Her aim was to go into Medicine and Surgery at the University of Malta. She lived with her parents in a large terraced house in a well-to-do area in the north; both were in their forties and worked in managerial roles at the time. She was brought to therapy by her mother who voiced deep concerns about:

As a result, she scored positive on all three major criteria listed in the DSM-V and could be classified as having the restrictive type of anorexia nervosa of moderate severity (BMI 16-16.99) as she had not indulged in any binge-eating, vomiting or purging of any sort in the previous 3 months. She was also manifesting “depressive signs and symptoms such as depressed mood, social withdrawal, irritability, insomnia, and diminished interest in (the other) sex” (DSM-V:p377) together with other obsessive-compulsive features not only related to food, body image and shape but also to the daily amount of hours of studying. Other features including “concerns about eating in public, feelings of ineffectiveness, a strong desire to control one’s environment, inflexible thinking, limited social spontaneity, and overly restrained emotional expression” were also present (p377).  Physical activity at that time was limited to 2-3 times per week at the gym as she was very taken up with her studies. There was no apparent misuse of medication.

Being in the dual role of a medical doctor and a Gestalt therapist meant that comapring the presenting symptomatology with the DSM served only as a basic guide and diagnostic tool, a starting point. The rest of our therapeutic experience hinged on the setting up of a genuine therapeutic relationship which supported me to explore her experience further both from the intrapersonal and the interpersonal realm starting with the family system which after all is where she had the first exposure and thus pereceptions to self and other experiences. 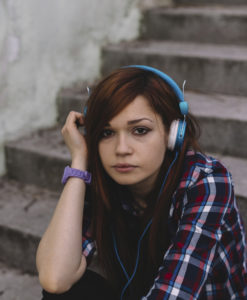 between the family members and the focus was more on personal achievement and image. In fact, from a very young age, Ema was subjected to a very tense couple relationship and emotional neglect by both parents, especially the mother and constantly being bombareded by subtle messages that ‘your needs must be sacrificed in favour of mine’ and requests for achievement and perfectionism.

During development, a preverbal child introjects/takes in this family script (Byng-Hall, 1985) as a way of being and this gives him/her the blueprint with which he/she perceives the world and subsequently responds to it. A child in an unstable couple system is also roped in to keep the stability between the parents (Byng-Hall, 1985) and as a result becomes the attachment figure for his/her parents’ intimacy needs thus being ‘parentified’ at the service of the ‘childified’ parent (Bateson, 1979). Such a dynamic is described as triangulation (Byng Hall,1980).

The lack of bonding between the parents and the child together with their need for her to supplement their intimacy needs is devastating to a developing child as on the one hand he/she lacks the emotional nourishment (particularly mirroring by the mother) so necessary for her psychic growth and development while on the other he/she lacks the freedom and the space to be supported to grow and develop into a separate individual. In fact, despite the need for ‘oneness’ with the mother “there is the equally important need on the baby’s part for separation.” (McDougall, 1989:33; Mahler, 1972). However, this ‘inverted’ dependence of the mother on the child fails to allow the mobilisation towards her “rightful autonomy” (Friedman, 1989) and thus the formation of a clear sense of self or identity is drastically stunted. McDougall (1989) describes this extreme enmeshment as “one body for two”. Such a psychic experience can be closely linked to a parasite feeding at the detriment of his host.

To be able to cope with this extreme situation many children split their personality in a desperate attempt to protect their ‘real self’ by projecting a ‘false self’ to accomodate the mother. As a result there is a hazy sense of self which in turn results in “the regression to infantile ways of experiencing mental pain…” (Mc Dougall, 1989:168). Anorexia nervosa can thus be seen as a creative adjustment to a toxic environment (social and family) in an individual already sensitised through possible genetic influences and unhealthy attachment patterns with both parents usually featuring a controlling mother and absent father. This adjustment or control, is highly modulated by shame and comes from a regressive (childlike), ‘autistic’ response to painful life events or situations. Such “psychosomatic maladies…….might, paradoxically, be used in the service of psychic survival.” (McDougall, 1989:170).

Therapy needs to focus on the awareness to the present problem, including the parallel process of how the client contacts the food (control) and relates to the therapist, getting the client in touch with reality (internal physical/somatic, emotional states and splitting, contact and boundary disturbances) and support her to solve any associated issues. The therapist must be extra vigilant not to create interventions which could re-shame the client or perpetuate the existing shame (Resnick, 1997) which can be perpetuated if the therapist puts undue emphasis on diagnosing the client with a pathology totally missing him/her out in the process as that would re-create the painful first experience with the mother. On the other hand, giving the client genuine presence and developing her self-support to attend to her needs without the necessity for too much reliance on the environment is the best intervention. The integration of all aspects of the self (splitting) and addressing of any unfinished business (Angermann, 1998; Merian, 1991; Gillie, 2000) are also central in the therapy process with anorexic clients. The role of therapy is thus to support the client into a mutual and fulfilling experience with her environment without adapting to it.

It is in this freedom or separation denied in the first years of life that the client can really find him/herself and thus have a more ‘nourishing’ existence.