Is Homosexuality a Social Construct or a Human Experience? 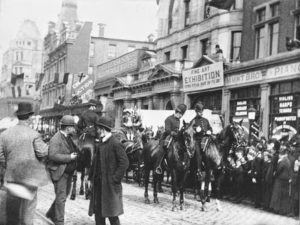 Author Oscar Wilde recounts his traumatic experience of ‘coming out’:”I had to stand on the centre platform of Clapham Junction in convict dress, and handcuffed, for the
world to look at. I had been taken out of the hospital ward without a moment’s notice being given to me. When people saw me they laughed…..For half an hour I stood there in the grey November rain surrounded by a jeering mob“

More than a century later, as I sat with a young client in therapy while we processed together the whole rollercoaster experience of his ‘coming out’, it was clear to both that the social context for individuals with alternative sexual identities had changed very little in this span of time.

At 27, Matthew (not his real name) is a psychology graduate and heading an organisation. He has been in a relationship for the past 10 years. He shares his experience of ‘coming out’ at the age of 17 after 6 years of struggling with a myriad of fears, shame and self-doubt.

“I think I was 17 or 18 when I made it public……when I realised about my sexuality I think I was about 11. In the meantime I kept it hidden because first and foremost I wasn’t sure whether….it was something ….it wasn’t clear at the beginning whether it had to do with my sexuality or not…..”

Such pervading feelings of guilt and shame make it difficult to disclose one’s homosexuality even to oneself. Matthew relates that apart from these feelings other factors held him back from ‘coming out’ namely family and the fear of bullying.

“It took me a lot of time to come out…not only because the way my family was…….I never felt supported in order to open up about my sexuality with my family…” “there was also the factor of bullying at school.. I saw a lot of people bullying others about this….a lot of kids that used to call others gay…. so I was really keeping back from speaking about it to other students.”

Being devoid of any form of support in his environment, Matthew had to find other ways to support himself:

“I come from a family background which is very difficult, since I was the eldest, it was difficult for me than it was for my siblings…so dating or being outside with friends wasn’t easy…….but my safe haven was chatting online…..chatting with other young people the same age. I found a lot of support because I could share what I was feeling, and I found that my issue wasn’t only my issue, it was a universal issue”

Titubating about priesthood also provided a way of reducing the shame he was experiencing:

“priesthood is like putting a veil in front of you and by putting that……I used to believe that people wouldn’t see through that veil so that was kind of keeping me safe…..so if I am part of the church I am safe as people look at you like through a good positive lens rather than negative one”
“then there was a moment where I decided that this priesthood was not for me and “then I decided to go into university and I chose psychology……so I started reading a lot of books about psychology and self-help books…..and I could feel, it is a different air, it’s like you can breathe again, the mentality and culture is different….I felt like kind of, I was a bit free in order to start.”

“……then I started meeting with friends which are also gay and like a sense of belonging, a sense of welcome, a sense of ‘we are like you’ and ‘you are like us’…..acceptance…..and I think it was all of these episodes that supported me coming out….”

“I think I told my mother after 7 years…. she was the first person, or the first person in the family that I told her about it, so I still had like this double life kind of….my family and the way they got to know, my mother got to know through a message, I did not have the courage to tell her………..there were episodes where I tried but I never had the courage…..and then I told my sister and she told the rest of my siblings and the father got to know…..”

Having a different sexual identity did not just mean living in hiding and shame and having a double life; it also meant risking loss not only of those closest to him but also of aspects of himself:

“…it touches your masculinity that is, I think that, that is the major issue in it, even if we live in an accepting society for example and even if it doesn’t bother people around you it still touches you as a man………..and I feel something missing, it’s like for me being a man it’s also having my own kids and it becomes even more an issue when your siblings are having their own kids, and when your own siblings are getting married, and preparing for children….”

For Matthew, the turning point in his coming out experience came about when he met a particular person who is his partner to this day:

“then I met this person…I think the experience, if I look back at it, the experience I had was, I felt a sense of being whole……..I felt a sense of being able to be myself more than gay clubs can give you or gay friends can give you” “so I think that this guy was, I think he was….a catalyst in the coming out process because I felt more supported, I felt more whole and I think that then I could comprehend my identity much better than before.”

Finding self-acceptance and identity affirmation does not always mean that the struggle is over. Matthew feels that in his life there will always be that something that makes him different and puts him in the danger of being rejected:

“in relation to being gay with the people that I chose to be open with I don’t think there are issues that I, that I need to hide but being a gay person, there is always this black shadow it’s like you’re carrying it always with you and……………..it’s like it does not allow you to be fully yourself with people” “even at work, for example, you meet a new person, a new colleague there is always this kind of shadow whether you should open about yourself …”

Naturally, his ever-present wish is that one day he could feel the same belonging and acceptance in society and have enough freedom to be himself wherever he is:

“the question is not whether you are gay or straight or bi- because some people get stuck in this frame of mind like ‘I am gay’ or ‘I am bi-‘ it really doesn’t matter, what matters if you are able to speak about your relationship for example and that makes a difference, because it doesn’t make a difference whether you are gay or straight or bi-, what matters is that ‘I met a person, and this person is speaking about her relationship or his relationship and how free am I to speak about my relationship without being judged or without being looked upon as…..I don’t know….”

The Maltese Islands are not one of the 76 countries where same sex relationships is still an unlawful crime (WordPress, 2014) – in fact homosexual activity between consenting adults was removed from the local criminal laws in 1975 (Bartolo & Borg, 2003). However, from my experience as a professional in the healthcare services for more than 20 years and as a medical journalist for the last 10, the ‘coming out’ as a homosexual individual still holds mixed feelings ranging from complete acceptance to utter resentment, ridicule, emargination and judgment very much like Wilde’s experience more than a century earlier. The stronghold that the Catholic Church dogma still holds on the islands together with their minuscule size and subsequent insularity are but two of the main factors that propagate this state of affairs.

Bartolo & Borg (2003) assert that “homosexual persons in Malta experience an undue psychological strain in the Maltese cultural milieu due to the prevailing mentality that homosexuality is some form of pathological condition“(p xiv). Bullying, injustice and discrimination were found to be very high in the homosexual community, as were difficulties with not being allowed to take same sex partners to activities, difficulties with obtaining a bank loan, name calling by colleagues and being in general treated as different human beings. In fact 71% of individuals with a homosexual orientation between the age of 26-35 experienced Maltese society as being highly intolerant to them (Caruana, 2002).

Despite this public uproar, local literature on this subject is sparse and mostly limited to student publications and opinion leaders in local newspapers especially during ‘hot issues’ like the recent passing of the law for same sex marriages or the first adoption by a gay couple. In fact, the literature cited above was the only set of publications found as part of the 5th Malta Conference of Psychology in 2002 while the first novel with a ‘gay theme’ was published locally 10 years later (Grima, 2013). At present, most local ‘publication’ on this experience is concentrated in vile and acid remarks and posts on social media which clearly shows that intolerance and hysteria still shroud ‘differences’ like homosexuality in an impenetrable haze.

The literature at hand describe the ‘coming out’ experience as “the process of identification as gay or lesbian, and the disclosure of the identity to significant others…” (Moore & Rosenthal, 1995). Two distinct phases are thus noted namely self-identification and disclosure. Troiden (1989) explores the development of the homosexual identity as happening in four stages namely:

Dahl et al. (2015) challenge this process of sexual identity development as understood from an essentialist viewpoint as a series of prescribed steps and assert that “while similarities exist in the development of a sexual minority identity, individual differences are numerous as the construct of identity is fluid and subject to contextual influence”.

As therapists we meet homosexuality on a particular level – the space where deep human experiences are explored and processed. On a personal level I feel that there is too much hype and disrespectful intrusion on an experience which in reality belongs in the realm of our intimate and private space and struggle to understand why certain factions of our society are made to feel compelled to implore our permission and acceptance to be who they really are and want to be. As a professional, I believe that it is my ethical responsibility to be present to clients who bring personal accounts of their sexuality in an open and non-judgmental way while expressing genuine respectful interest and curiousity to their individual experience.

After all, they have the right to be who they want to be, as much as I do.