“Eaten Alive” – The Silent Scourge of Mental Illhealth at the Workplace 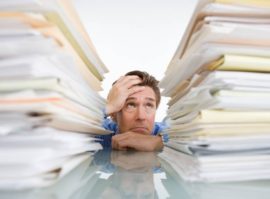 Chloe Abbott’s dream was to become a medical doctor since she was a child, and she did. Four years into her training, she buckled under the extreme pressure she was enduring trying to juggle long hours of training and studying and committed suicide. She was 29.

Had Chloe’s been the only junior doctor in Australia to pass through such a fate one might have been inclined to believe that she had academic limits or serious mental health issues no one was aware of. However, Chloe was one of many junior doctors in this vast continent who, in the last months, ended their lives abruptly due to stress at their job, raising the alarm on a hidden phenomenon that has been lurking in our workplaces worldwide for a number of decades.

The issue of mental health as affected by organisational or workplace dynamics has been thoroughly explored and studied for more than a decade and although most of us can see the fine intricate threads that make up this psychological web, the measures taken do little justice to the level of suffering that many employees are enduring on their jobs.

The untimely demise of Chloe and other junior doctors put to light how these young professionals were trapped in what Australian National Mental Health Commissioner Ian Hickie described as ‘the “con” of building resilience’ and how this left them vulnerable to mental illness and suicide by ignoring the systemic failures of the medical profession, mainly the deleterious culture of dangerous working conditions and high expectations. Micaela Abbott in fact believes that her sister, “someone that had so much to offer was made to feel like, in the end, she wasn’t good enough, would never be good enough and anything she did would never be enough.”

The most devastating aspect of this experience is not so much the desperate attempt to keep up with an unrelenting, unyielding, ungrateful environment and the resultant insiduous deep feelings of shame, helplessness and inadequacy stemming from a total loss of identity and sense of self. It is in the way this shame does not allow the individual to express his/her vulnerability and reach out for help, for fear that this “not enoughness” is exposed, resulting in him/her losing his/her place in the organisation.

As a result, the individual ends up being completely “eaten alive” by this environment, gradually losing his/her mind and in some cases even his/her life.

Mental ill-health stemming from such narcissistic working environments is not the scourge of continents and state-of-the-art economies but is also endemic in small states like ours. In 2015, 400 individuals required involuntary admission for acute mental health problems and up to four times as many individuals sought voluntary admission in psychiatric institutions. In all, 2,000 individuals had serious mental ill-health problems requiring acute hospital care, mostly for brief spells lasting less than 15 days. These figures totally exclude those who suffer in silence and give no indication as to how many of these stemmed from unhealthy workplace dynamics.

According to Dr. John Cachia, our Mental Health Commissioner, mental health at the workplace must become a priority among policymakers, employers and employees alike. Better awareness as to the signs of mental ill-health at work is a top priority especially since almost half the population still struggles with recognising and identifying such signs resulting in failure to intervene. Employers and employees should be empowered and enabled to detect stress and mental health problems through appropriate risk assessment at the workplace such as analysis of absenteeism and high staff turnover.

“The EU estimates that only 50 per cent of Europeans actively seek help for mental health disorders. In western societies, the lag-time between first symptoms and first help sought was estimated at 64 weeks for psychosis and at 6.5 years for depression.”

Another significant spoke in the wheel of sustainable mental health at work is stigma. This can be effectively counteracted if policy-makers trade unions and employers work together at directing the right dose of respect, dignity and support at vulnerable employees in the place of shame and redress.

Even though there are some exceptional examples of good practice locally such as the employee support programme for public officers and specific support programmes for some businesses run by the Richmond Foundation, we have only started to scratch the surface of the proverbial iceberg. The recently revised Mental Health Act (2013) makes no specific mention to measures aimed at counteracting and supporting this suffering at the workplac. Much still needs to be done to raise more awareness of this silent phenomenon, remove the stigma so tightly linked to mental health issues, strive at creating healthier work environments and offer the right support to vulnerable employees. This can only be done if as individuals and organisations we are educated to put our well-being be it physical, mental or social at the forefront of our priority list ideally before the prosperity of our bank accounts and social status.

As therapists, and thus an integral part of the health system, our responsibility starts with our individual well-being and spreads to our clients and society at large. We are at the unique position of educating, raising awareness and supporting vulnerable individuals thus avoiding more and more unsuspecting employees being sucked in this deadly vortex of shame and destruction. Only by propagating ethically and morally sound practices in and through our own work can we hope for change.

Is Homosexuality a Social Construct or a Human Experience?Losing All Your Family in One Day