A Story Similar to Many Others – Living with Panic Attacks 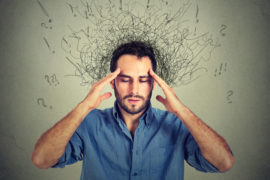 This story is “a story similar to many others” (Spagnuolo Lobb 2007:27). It talks about Jan (not his real name), a 25 year old engineer. When I met him for our first appointment, which he attended with his mother, he sat hunched with his arms wrapped around him. His gaze shifted continuously and held extreme fear. His speech was rushed and agitated:

“Please help me get out of this situation as soon as possible…. I cannot go out of the house, I do not even think about going to work in this state…..all I want to do is stay alone in my room with my thoughts which at the moment are running through my mind non-stop…..I keep thinking I have a life threatening illness…….I am afraid that if I am not going to take control of this I am going to loose my sanity and everything I have in my life…..…” 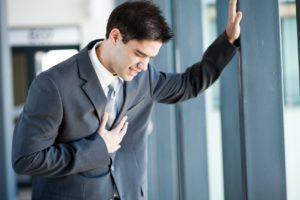 When I managed to ask a few questions he initially stared blankly at me and interjected:

“…..forgive me but I have no idea what you’re saying right now”.

However after a while he starting connecting to my grounding questions of who I was, where we were and who he was and gradually he shared:

“I am 25 years old, the older of two brothers….. I just graduated with honours as an engineer….I was recruited by a leading international electronics company soon after. At the same time I decided to start reading for a Masters degree as otherwise I would have not felt up to standard when compared to my university colleagues…… For a while, I was coping well with everything, my work, my studies, time with my friends and my girlfriend, my training…..then all of a sudden I started feeling more and more anxious and I could not cope any longer, I could not focus on my studies, I kept getting short of breath and dizzy and I felt constantly scared…. I started sweating, my heart was beating fast and I was trembling all over….my head felt light. I really felt scared that I was loosing my mind as it all kept feeling so unreal, as if it was not me. I am scared of going out of my room…..….I am scared it will suddenly take over while I am out and I cannot be seen in this state, I just cannot….it’s too humiliating.”

“My mother took me to a psychiatrist who started me on medication……I am scared that I will never be able to live without medication and that with time I will get mentally ill….”

Based on the latest edition of the Diagnostic and Statistics Manual (2013), Jan can be seen as suffering from panic attack disorders which is defined as an “abrupt surge (which can occur from a calm state or an anxious state) of intense fear or intense discomfort that reaches a peak within minutes” and during which four (or more) of specific symptoms can occur (p208). Of the thirteen symptoms listed in the manual, Jan was manifesting eight, namely palpitations, sweating, trembling or shaking, chest pain or discomfort, feeling dizzy unsteady, light-headed or faint, derealisation (feelings of unreality) or depersonalisation (being detached from oneself), fear of loosing control or “going crazy” and fear of dying. The first attack was followed by a month of “persistent concern or worry about additional panic attacks or their consequences” and “a significant maladaptive change in behaviour related to the attacks” (p208), such as avoiding going out.

From a Gestalt perspective his symptomatology can be viewed from a relational process between him and his environment. Francesetti (2013) describes it as “

a sudden falling away from beneath our feet of the “ground”……” (p488) associated with the resultant “loss of faith in contacts which (he) usually take(s) for granted” – developmentally the parents. This lack of ‘good enough’ parenting results in individuals who learn to conduct relationships in a self-sufficient way as they have learnt not to trust or to expect anything from their environment.

As a result, when the level of existential stress exceeds their basic levels of support, “a rift (of a clearly relational nature)…open(s) up in those areas of the ground where the support of others was lacking” and the individual suffering from panic attacks “has the vivid and agonising sensation of being thrown out into the world without any protection…an experience…normally belonging to the primal terrors of childhood.” (Salonia, 2007:57-58). Panic attacks can thus be described as “a dramatic way of reaching out for a relationship, helping to reconstruct the belonging….” (p58) and where the individual is forced to ask for support from the individuals whom he usually managed to do without – in Jan’s case his mother. “Panic, therefore is a form of laceration, an opening out towards a new form of contact with the environment”. (Francesetti, 2013:488).

Jan thus suffered from panic attack disorder due to a developmental relational deficit especially with his mother. Francesetti et al (2009) however, stress the “need to go beyond …the individual (and)……the dual relationship” and bear in mind that “there is always a third party that constitutes the background…..someone, something, the world itself…” that is something ‘hidden’ in the person’s environment apart from the dysfunctional relationships.

In Jan’s case further assessment of the ‘third party’ revealed that two of his uncles had committed suicide at the age of 23 a few years before his parents got married. Although both parents were careful “not to expose the children” and “to protect them from the pain and fear of this tremendous loss”(mother), it was very clear that this unspoken anxiety or the ‘unsayable’ (Spagnuolo Lobb, 2007) became the ground that governed the relational experience between the family members. The mother also disowned any show of anxiety and described it as a ‘weakness’; in fact during one of our meetin 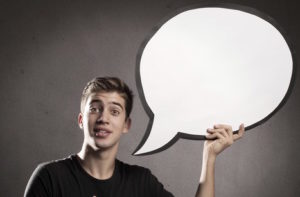 gs Jan said “my mother simply refuses to acknowledge any situation which can cause anxiety and acts as if it does not exist.” Spagnuolo Lobb (2007), regards this “unsayability” as “the heart of the panic attack experience…. its very essence…..the defining feature.” (p33,34).

The role of therapy in panic attack disorders focuses on creating a novel relational experince through the setting up of a sound therapeutic relationship and subsequently increasing the internal support of the individual. Focus also needs to be turned on the immediate environment of the individual from a very young age mostly towards family relationships and any hidden or unsaid experiences which the family dynamic might be holding. Gestalt therapy with its focus on relationship and field dynamics can be considered as a very valid tool of assessment and support in a condition that causes so much suffering and turmoil in many individuals especially of a young age.

Only then can ‘a story like many others’, where each individual with panic attacks suffer from the same symptoms, become the personal narrative and experience of the individual. 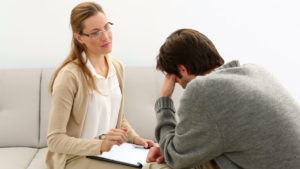